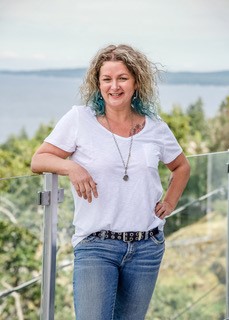 Pittstop Business Supplies Ltd are a long established, highly successful North East based office products supplier operating in the business-to-business and business-to-consumer sector, with our own on-line store, offices, warehouse and transport fleet all based in the beautiful coastal town of Seaham, County Durham. We supply Businesses and home office customers with a wide range of stationery products from pens and paper to contemporary office furniture and design.

Thought Strategist ... what an ideal way to describe Alison Donaghey who also serves as a successful business owner, author and speaker. Alison specializes in challenging people to think about what they think about and to Think Opposite at least once a day. She can share countless examples of how encouraging others to question their status quo often leads to improvements not only in their world but the world.

Her greatest success story for "think opposite" is her own. Alison formed her own woman-owned painting business despite being a male dominated industry. Thinking strategically from the very beginning has proven to be the most critical part of her business which has served the British Columbia Area for the past seventeen years.

"I have a concept to Think Opposite. To start to explore the other side of your belief or thought. In doing so a person can become more conscious of their thinking and more comprehensive in their position.  It is my intention to ask people to at least once a day in any situation to stop, breathe and think opposite.

I have just published a book that hit international best seller in cognitive psyc and decision making in business. It is called Change Your Business, Change the World: The Domino Effect of Your thinking.  I write about how, once you get your business in alignment, you can use it to change the world.

I also have a radio show called Natural Born Speakers and have been invited to speak for the Women Economic Forum in Santa Barbara, The Hague, London and New Delhi. I speak to women business networking groups about how we think."

Alison can be found here dominothinking.com

"Think opposite at least once a day!"