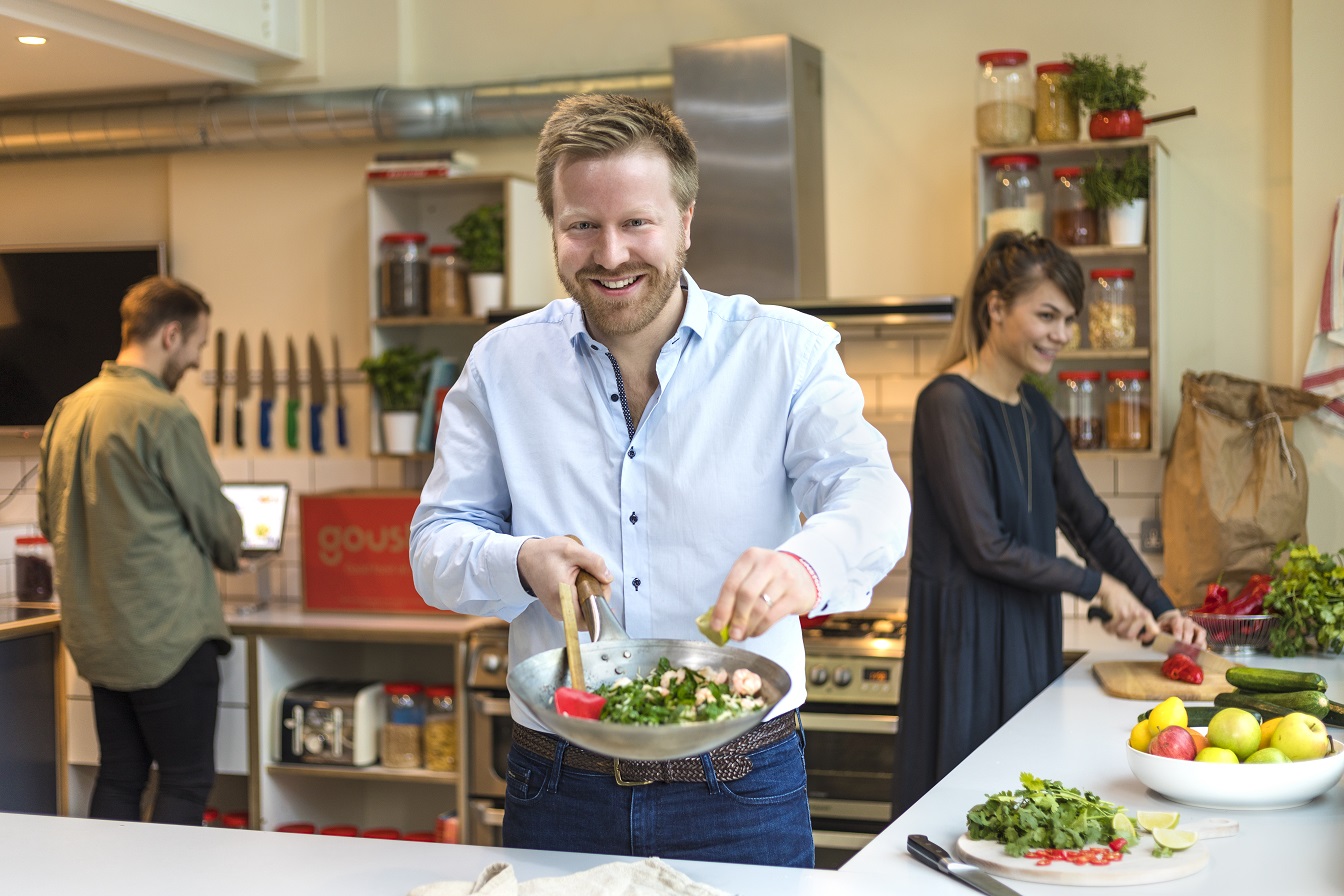 Timo Boldt is the CEO and Founder of Gousto, the game-changing recipe box company that is revolutionising mealtimes for UK families. Since exchanging his life in the finance world as VP of a Goldman Sachs offshoot to follow his passion for food at the age of 26, Timo’s sheer determination has taken him (and Gousto) on an incredible journey.
Five years and over 250 employees later, he’s competing head on with the UK’s grocery giants (and succeeding!) and has been recognised as one of the UK’s most impressive entrepreneurs.
Gousto is now one of the country’s fastest-growing and most exciting businesses. It has secured over £28m of funding to date while helping families put over half a million meals on the table each month – and preventing over one million tons of food going to waste in the process.

It was Timo who, after pitching the concept of a ‘recipe box’ on Dragon’s Den, first introduced this idea to the UK public. It has been greeted with huge success, with competitors and supermarkets replicating this unique business model. Passionate about leading and shaping the sector, the explosive growth of the recipe box category has reaffirmed Timo’s decision to leave finance and rethink mealtimes.
Undeterred, passionate and enviably disciplined, Timo has created a foundation of strength at Gousto by hiring a robust, experienced Leadership team around him. This, combined with a commitment to keeping customers at the core of the business, has seen him drive success in the UK’s largest market. In his role on Unilever’s’ Digital Advisory Board he also advised on digital strategy, data and tech capabilities and emerging technologies alongside the ex-CMO of Microsoft and ex-CEOs of IBM and AOL.

Recognised by Debrett’s in 2017 as one of Britain’s top 500 most influential people, Timo is an authority on growing a successful business, securing investment and using ecommerce to revolutionise the grocery sector.
Timo is also a vocal champion of women in business, a passion point for him alongside other forms of equality and diversity in the workforce. He has actively used his role as a leader to bring the equality conversation to the forefront and drive awareness and change around biases.